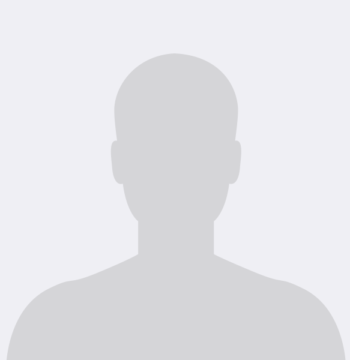 If you are interested in the detailed changes, please continue to read the next section.

We found many users to be using the site in a way that was not intended by design - by over-learning questions resulting in due dates being too far into the future, effectively negating the effectiveness of spaced repetition.

Whilst you could use practice mode which serves only due questions, learn mode would allow new learners to inadvertently "over-learn" questions that they did not need to practice. Consequently, this would push questions to be due for practice far into the future.

Now, when questions are answered correctly, they are assigned a "due for practice" date, or "days next due - (DND)", or "practice interval". Previously, we would always increase the interval when a question is answered correctly, on the assumption that users would usually stop answering questions that were not due.

In brief, we aim to set the default settings to be optimal for most users, and a full understanding of the information below is not required.


What Exactly Has Changed

V4 contains a significant update to fix this problem:

- As with more traditional spaced repetition software, "Days Next Due" for practice are now only incremeted only if questions were due (or very nearly due) at the time of answering.

There is a 4 minute window for answering due questions. If the question is due within the next 4 minutes (or any time greater), the time will be incremented. If it is due more than 4 minutes, the question will be labelled "Not Due". i.e. any questions which are due within 4 minutes or less are considered currently 'due'. The 4 minute time is configurable as a setting named "Nearly Due Time Allowance"

This stops questions from becoming due too far into the future if a user is "Over learning" (or Over studying), i.e. answering questions which are not yet due.

You can continue to study questions which are not due, but a clear warning is now shown.

If you wish to disable this behaviour and allow due counts to be incremented even if not due, you can adjust the setting "Nearly Due Time Allowance" to "Infinite".

XP points are still earned for Not-Due questions, but instead of earning 1xp, the XP earned is now 1/4 of what it would have been if it were due. The intention is to keep you focused on questions you need to learn the most.

We recommend you start with the initial MEMORY DEFAULT algorithm to see the effects on practice intervals.

In your user settings, you can now adjust the algorithm to suit your needs. If this seems complicated, we recommend starting with the defaults and adjusting from there only if needed.

We have added an option to use an SM-2 style algorithm. This behaves very similarly to the original SM-2 formula, which may be preferred for users who use Anki.

A simulator has been added to show the effects on altering settings on the practice intervals after answering a given question correctly, incorrectly, or by skipping it.

Higher statuses such as memorized can now only be achieved when questions are learned over a period of time.

Memorized status is now significantly harder to obtain, and can only be achieved as a result of learning questions over a long period of time.

Skipping questions will set your practice interval into the future. By default this is 4 minutes, but you can adjust it.

Skipping a question is now considered to be worse than answering a question with extremely low accuracy. It has the biggest negative impact on your practice interval.

You should only skip questions if you really don't know the answer, or simply want to ignore the card entirely. If you own the course, it makes more sense to delete the question if you frequently skip it.


For those who prefer V3

We aim to keep V3 available and ongoing for as long as possible, but we recommend to use the new system.

The closest way to emulate the previous behaviour is to set "Infinite" as the settings for "Nearly Due Time Allowance".